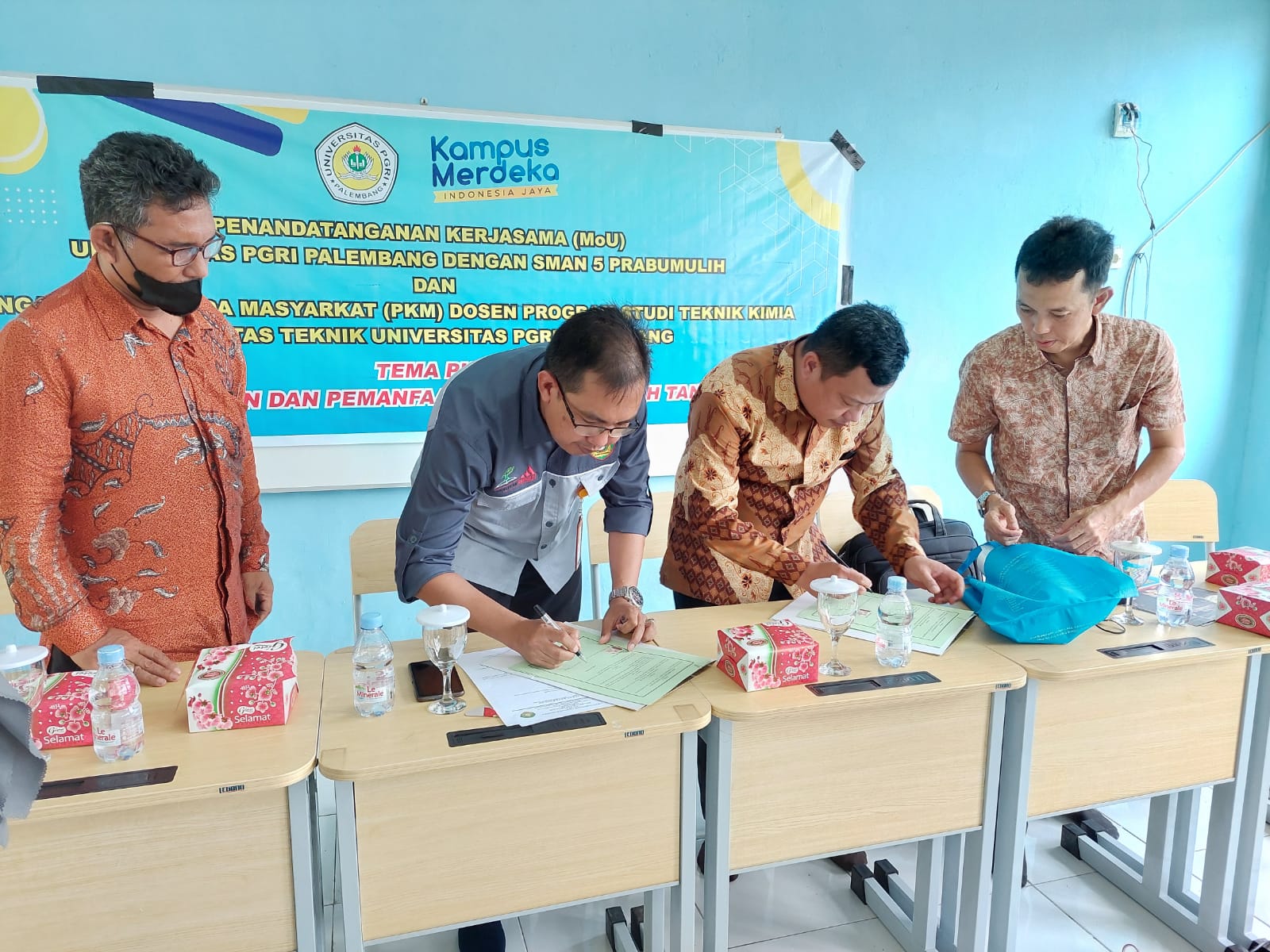 After the delivery of the material, the event continued with discussions and questionnaires. With this counseling and training, it is hoped that it can motivate and increase the knowledge of students, managers and teachers of SMA Negeri 5 Prabumulih in terms of managing and utilizing household waste.